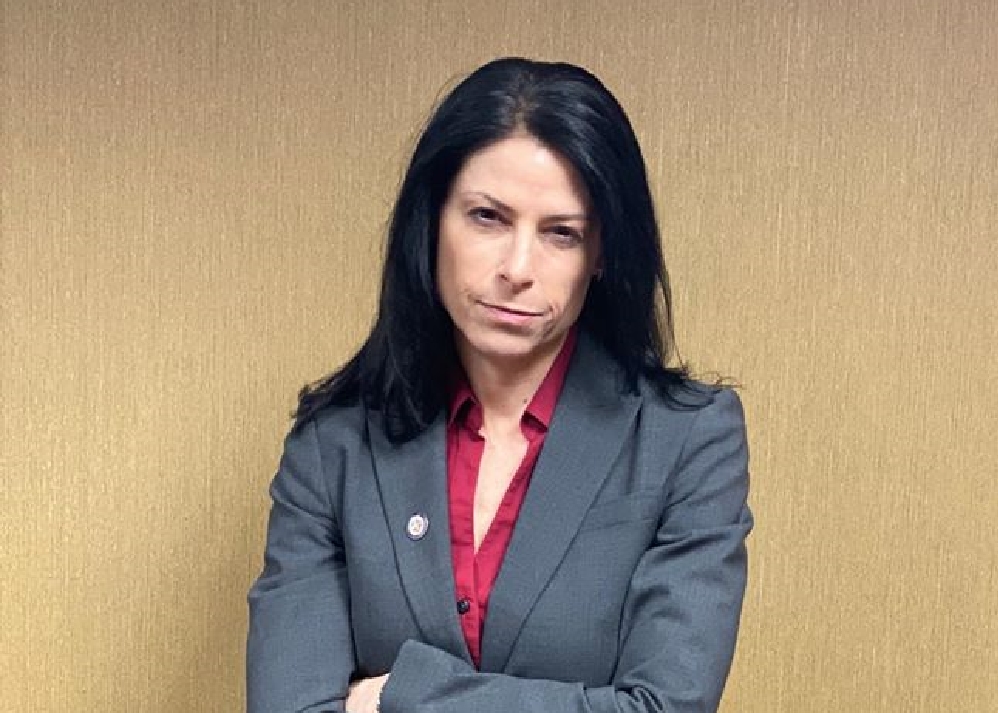 Fans of the 1970s "Mary Tyler Moore Show" unanimously agree that the sitcom’s funniest episode was “Chuckles Bites the Dust.” Chuckles played a clown on a children’s TV show and his signature line was: “A little song, a little dance, a little seltzer down your pants.”

Dana Nessel is a real-life clown, but unfortunately for Michigan she performs her shtick from the attorney general’s office in Lansing. Nessel on Wednesday unveiled what should be remembered as her signature line: “Drag queens make everything better. Drag queens are fun. A drag queen for every school.”

Nessel clearly lacks the poetic finesse of the MTM writers, but she’s an example of life imitating art. Nessel has turned the AG’s office into a national disgrace since assuming the top law enforcement position more than two years ago and scorched the gravitas once associated with one of the most important jobs in Lansing. Underscoring the low regard many Michiganders have for the AG’s office, Nessel in November 2020 was forced to issue a news release asking residents to stop telling her staff to shove sharpies up their butts.

It's tough to take seriously an attorney general who had to be carted off in a wheelchair from a Michigan football game because she got too wasted on a couple of bloody marys. I’m not certain what was more embarrassing – getting publicly wasted or that Nessel drinks bloody marys.

Nessel touting drag queens was apparently an attempt to dismiss with humor what she sees as Republican scare-tactics over LGBTQ issues, including children being entertained by drag queens. GOP gubernatorial canidate Tudor Dixon has vowed to pass legislation making it illegal for adults to expose kids to drag queens. But Nessel's “joke” only served to fuel divisiveness. For many Americans, making light about children and gender identity in schools is not a laughing matter.

Michigan’s Democratic cheerleading media provides cover for Nessel by emphasizing that it's “Republicans” taking issue with Nessel’s latest drag queen remarks, thereby implying the criticisms are politically motivated, rather than having some merit.

So, allow me to let you in on a little secret: Michigan’s legal community, which I’ve previously argued is among the finest in the country, shares my low regard for Nessel.

Of course, no one will say it aloud, but the silence speaks for itself. I’ve been mercilessly trashing Nessel on a wide range of issues, including her negligence allowing Beaumont Hospital to implode and her attack on Christmas. Yet the only lawyer to take issue with my criticisms of Nessel was a Chicago-based attorney.

Some Michigan lawyers who know or have worked with Nessel say privately they can’t believe she was elected attorney general.

And let’s be fair: While Nessel’s dismissal of Donald Trump as a “petulant child” was a point well taken, Trump nailed it when he dismissed Nessel as “Do Nothing Dana.”

Nessel has accomplished nothing of note, mistakenly believing that issuing news releases is what law enforcement is all about.

Nessel’s target in recent weeks was Canary Tree Service, a landscaping company that Nessel alleges price gouged Gaylord residents for cleanup after the recent tornado. Nessel has issued three news releases on her efforts to hold what I’m guessing is a small business accountable: this release saying she was investigating price gouging reports; this release announcing she had filed a notice of intended action against Canary Tree Service; and this release saying she issued a second notice of intended action against Canary.

The folks at Canary Tree Service don’t seem all that afraid of Dana Nessel.

Given that the company doesn’t appear to have a website, I wonder if they can afford a lawyer to help them understand Nessel’s saber-rattling and determine whether her case is credible under Michigan law.

I say that because according to Nessel’s spokesperson Amber McCann, Michigan wasn’t one of the 40 states and the District of Columbia that participated in the $19.2-million settlement Ford agreed to pay for lying in its advertisements over a period of years about the fuel economy and the load capacity of some of its vehicles. McCann referred me to this release saying that under the Michigan Supreme Court’s interpretation of Michigan’s Consumer Protection Act, “wide swaths of the economy are exempt from liability under the MCPA, opening consumers to significant risk.”

Regardless, if Nessel has the authority to take action against Canary Tree Service, it’s been nearly a month since she announced the launch of her investigation and nothing has been resolved.

In Ohio, By Contrast

Meanwhile, in Ohio, the Buckeye State’s AG is winning landmark cases against powerful healthcare companies for ripping off consumers. Nessel lacks the legal acumen and talent to finesse such an action. She couldn’t even stand up to John Fox, the former Beaumont Health CEO who destroyed Metro Detroit’s biggest hospital system.

Fox likely walked away with tens of millions of dollars of community money belonging to Southeast Michigan residents that Nessel as the overseer of state nonprofits was responsible to protect.

What’s tragic is that if I was still a Michigander, I’d feel compelled to vote for Nessel after reading this Bridge Michigan profile on Matt DePerno, the candidate the Republicans have put up to run against Nessel. A lawyer who allegedly was fired from a law firm because his colleagues say he “padded” client billings for personal and professional benefit is even more unfit to serve as attorney general than Nessel.

Therein is why I argue that Michigan has a serious leadership crisis. Despite the state’s overabundance of legal talent, the cream isn’t rising to the top.

Reach the writer at eric@starkmanapproved.com. Confidentiality is assured.