A Detroit newcomer called Bar Pigalle is preparing to open a half-year later than planned.

That's a familiar hospitality industry setback, even before pandemic era construction delays and labor shortages. But this weekend the French-inspired restaurant and cocktail lounge has a soft opening in the Carlton Lofts on John R Street in Brush Park. 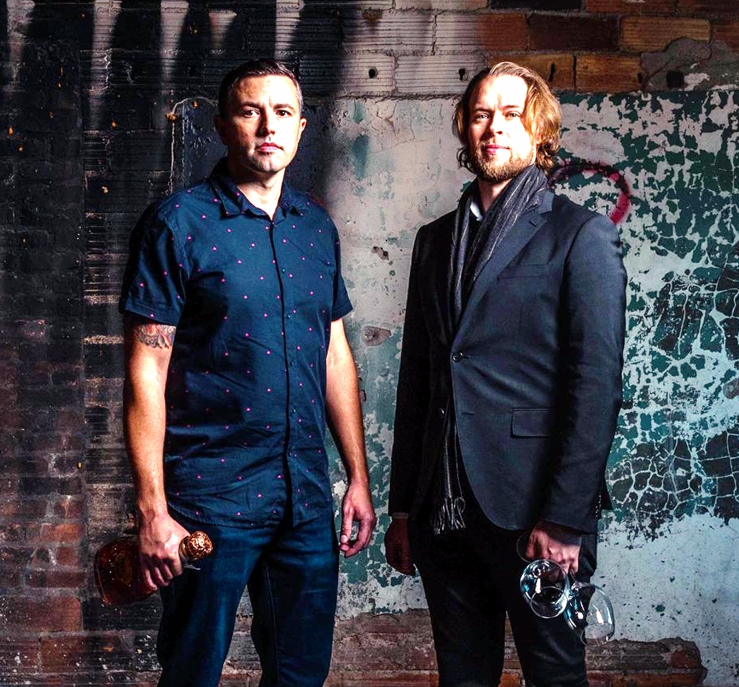 "As we begin our journey, we are grateful to have our friends and family at the restaurant this weekend for a few practice runs before we open," say two social media posts Friday night.

A public debut comes "very soon," the restaurant said earlier this week. "Please keep an eye on our social pages so you'll know when reservations are open. ... It's going to be a party all summer long."

In the meantime, a few hints are in social media photos that show green-upholstered banquettes and barstools, soft lighting, lots of wood, a pressed-tin ceiling and ingredients that include morel mushrooms, parsips, frog legs and "coney style" steak and frites.

The dinner menu from executive chef Nyle Flynn, 32, will feature "playfully modern French cuisine," according to owners Travis Fourmont and Joseph Allerton, both 41.

Fourmont began his career in culinary school just outside Seattle, was a bartender for five years in Portland and left his home region for Detroit in 2007. He mixed cocktails at Roast and was a consultant to bar owners for Great Lakes Wine and Spirits. The new spot's concept and name are inspired by his past visit to Quartier Pigalle, a Paris neighborhood with vibrant nightlife. 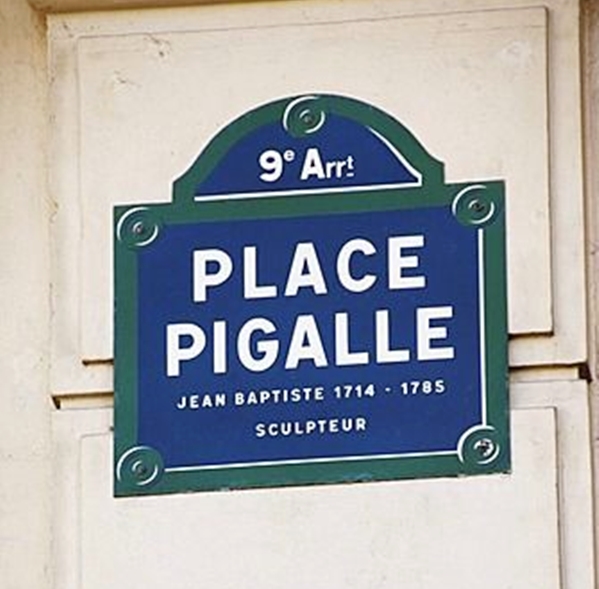 The name and vibe origin in Paris

Allerton, the general manager, is a certified sommelier who was part of the team that opened Michael Symon's Roast here in 2008. He met Fourmont there, rose to general manager and went on to help the company open six other Midwest restaurants.

"We want to be innovative, we want to showcase our skills and ability, but we also want to have some kind of old-school staples," Fourmont told The Detroit News last fall. "French is so classic and so great, but a lot of people think about French, they think of fine dining. ... We want to have more that cocktail bar, brasserie kind of feel."

The dining room and adjacent bar seating alcove are designed by Pink + Woodson, a Metro Detroit team that created the look at two nearby Brush Park attractions on Watson Street -- Grey Ghost, open since 2016, and the affiliated Second Best bar (2018).

Founding partner Paul Farquharson, who earned an architectural degree at Lawrence Tech in Southfield, describes the design approach fancifully: "We thrive working within the tension of past and present and while designing the space, we sought to expand upon the traditional vocabulary inherent in the jazz-rich roots of the location’s Brush Park neighborhood." 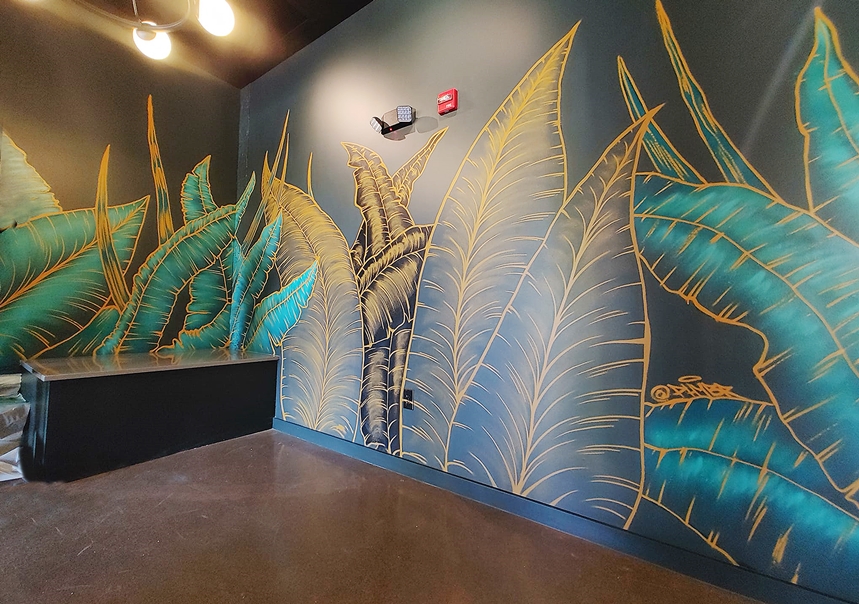 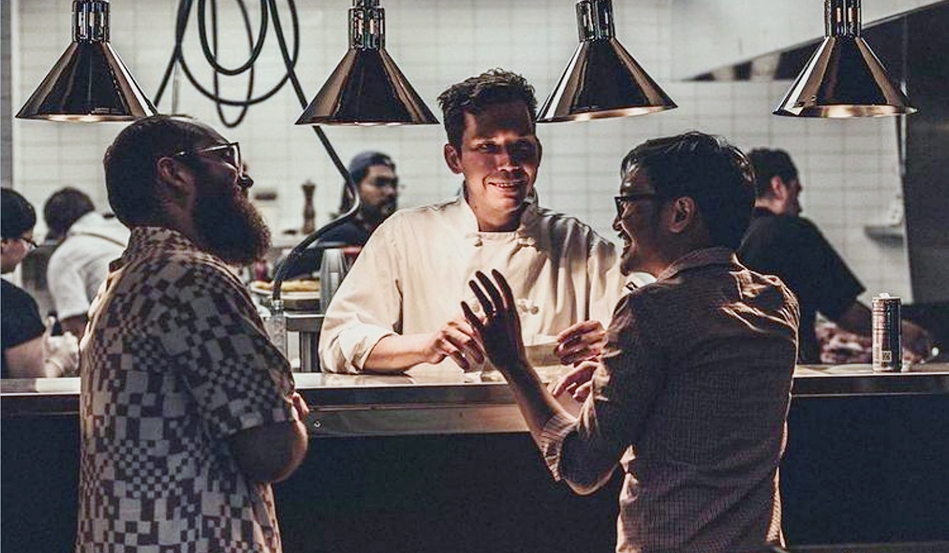 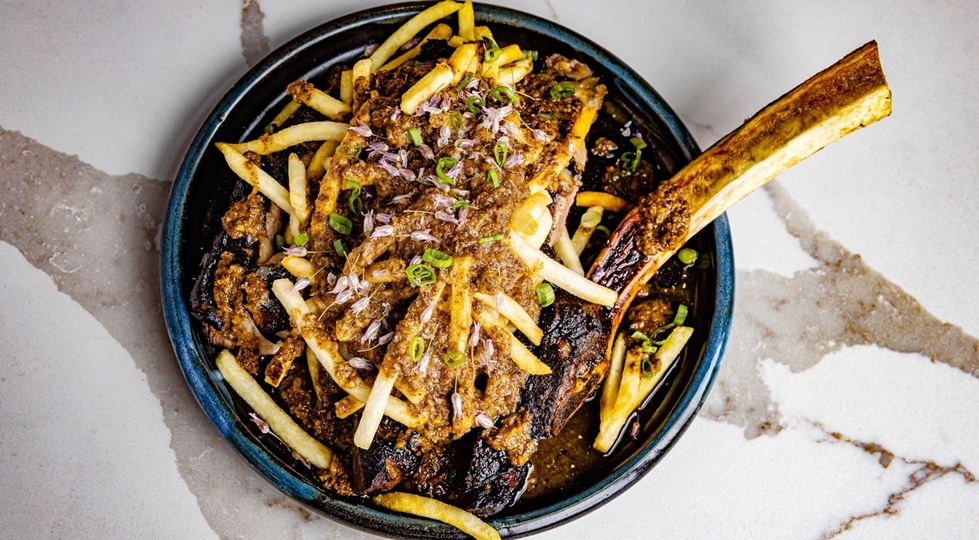 A 24-ounce ribeye steak is served with frites (fries) "coney-style."

Frog legs wrapped in bacon are a "chef's special" that may not be offered nightly. 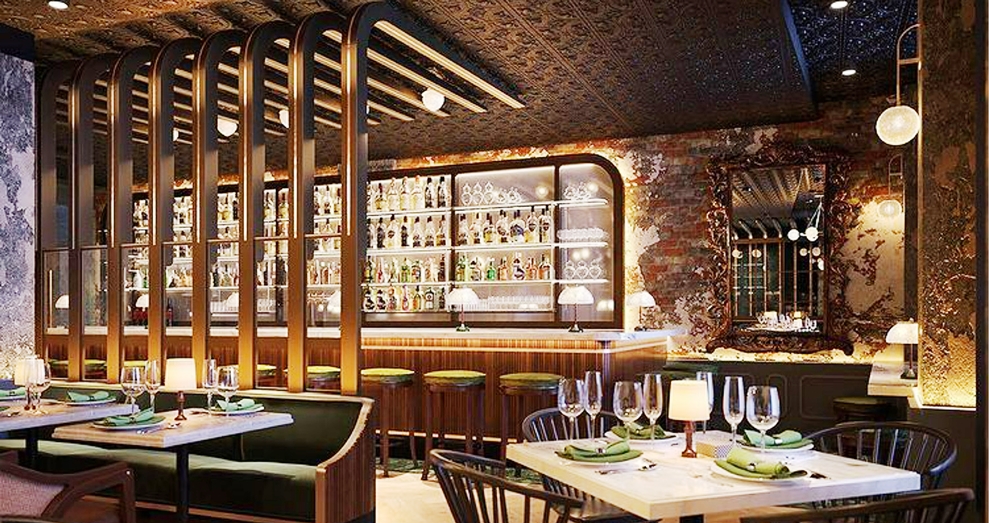 A stylish craft cocktail bar alongside the dining room has counter stools.