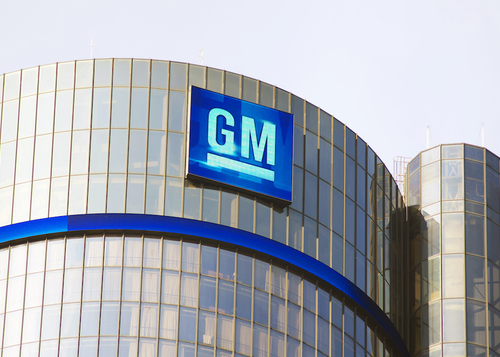 General Motors says its headquarters will for now remain in the Renaissance Center, but it currently has no plans to make 5,000 employees formerly housed there return to in-person work. And it's not saying when or whether it ever will.

That — plus the departure of many other tenants of the iconic Detroit skyscraper — has strained businesses that rely on foot traffic and held up consideration of plans to convert some towers into housing, the Free Press reports.

The once-bustling food court has reportedly gone from about a dozen restaurants to four. Holdouts describe their dilemma:

One restaurant owner told the Free Press he now serves about 20 customers on average during lunch hour, whereas before he served nearly 600.

“GM’s been good to us over the years, so if we need to hold out, we will,” said the owner, referring to waiting for GM workers to return to the offices in mass. He asked to not be identified due to the sensitivity of the topic.

Another business owner said he is evaluating whether to stay or close up shop. He did note that RenCen management gave him a break on rent because of the drop in customers.

GM occupies four of the building's six towers. In April, Crain's reported that just over half of the complex was leased. That was before the departure of Deloitte, which occupied six floors.

“We are a leaner company," GM's Barra told the Detroit Free Press last month. She emphasized that GM’s headquarters will stay in Detroit, but when pressed as to whether GM would remain in the RenCen or possibly another Detroit office building, Barra said, "Right now, our plans are to be in the RenCen, we’ve updated many of the floors.”

GM’s plan for its world headquarters, said GM spokeswoman Maria Raynal, are fluid due to the ongoing uncertainty of COVID-19 that “continues to impact our communities,” she said. “It’s still too soon to say what the return-to-office scenario looks like.”

She said the building management is “actively canvassing for prospective tenants and offers competitive lease rates and flexible lease terms.”