After 49 years in TV news, Detroit reporter Jim Kiertzner is 'done with the daily grind' 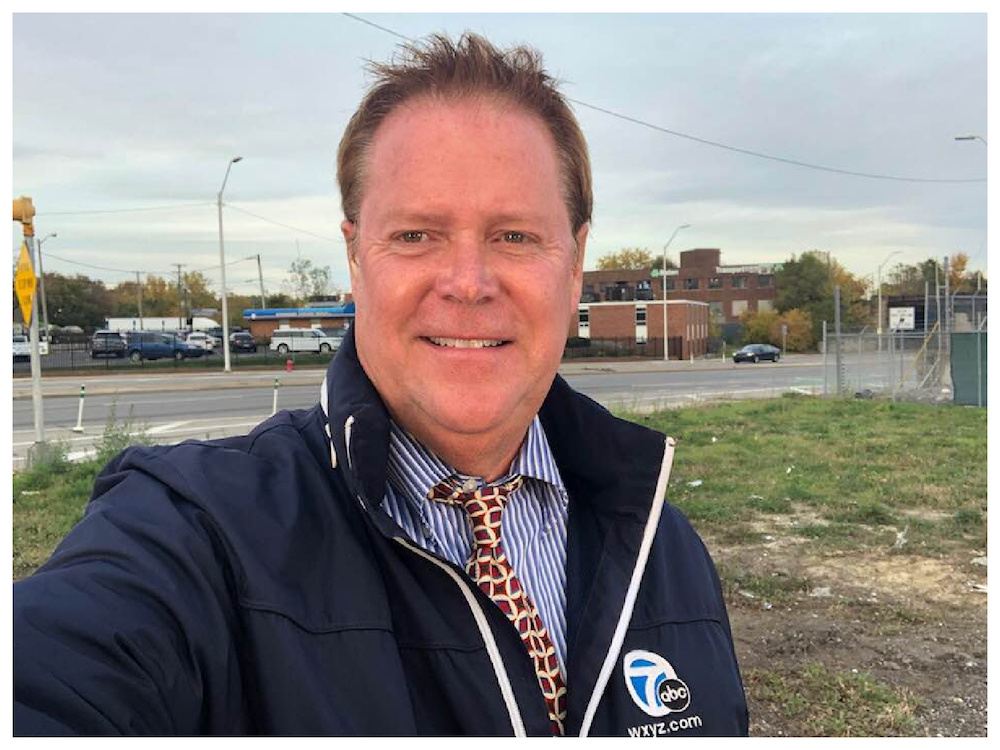 "I'm done with the daily grind," he tells Deadline Detroit. "I've been doing this for 49 years. ... It's been a great run. I love what I do, but at 65, I'm at the end of a contract here now, and I have chosen to hit the brakes. I'm going to do some traveling, relax. I'm not totally done, I will do something next year in television in 2023, so I can say I've done this 50 years." What that is, he doesn't know yet.

Kiertzner's TV career began at 16, when he and friends started a half-hour monthly community show on KTIV in his hometown of Sioux City, Iowa -- also the broadcast launchpad for NBC anchor Tom Brokaw.

"It was a bunch of teenage kids fooling around. But we tried to do community events at one point. We interviewed a rock and roll disc jockey in town."

He said he'll never forget when they were broadcasting on Easter weekend and someone called the station to complain, saying, "What kind of garbage is this television?"

The crotchety engineer who answered the phone told the caller:

“These are kids learning life, learning television. You may not like the show. You can always turn the channel. They’re getting an education." 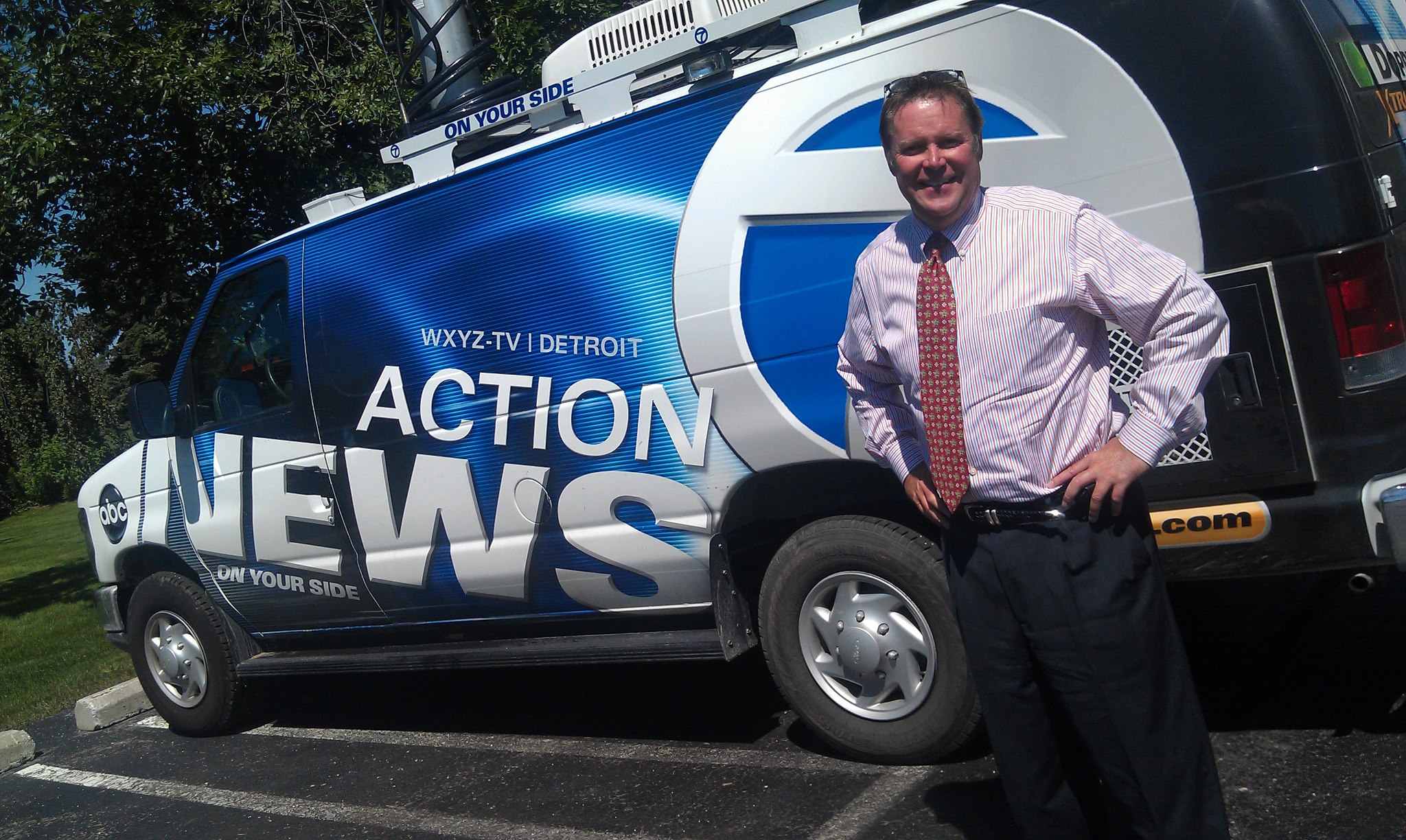 Kiertzner attended a Catholic college in Iowa, then started his career climb, leaving Iowa in 1980 to work at KAKE in Wichita, Kan. In 1982, he did one of his favorite feature stories of his career, about a man actually named "Joe Blow." It ended up airing on ABC's "Good Morning America."

After three years in Kansas, he moved to WNEM, which covers the Flint, Saginaw and Bay City area. He stayed 19 years.

One of his big stories there came when he exposed two Frankenmuth restaurants that were reheating and serving chicken that customers left on tables.

"The only reason I found out about it was, I did a search of records on restaurants at the Saginaw County Health Department and I found the cease-and-desist letter in the file," he said. 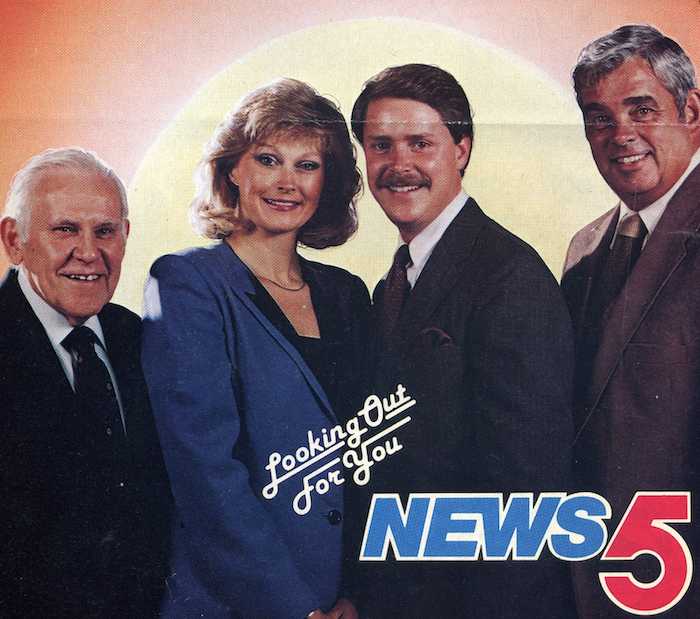 Kiertzner (second from right) at WNEM

The restaurants cancelled "a ton of advertising." But management stood by Kiertzner.

His next move was to a startup, a Fox affliliate in Flint in 2002, but four years later they scrapped their news department and used WNEM's broadcasts.

Not wanting to go back to his old station, he started a job hunt. One of the people he called was filmmaker Michael Moore, a good friend who offered him a temporary gig as a field producer on "Sicko," his 2007 film about American health care.

From there, it was on to Detroit, where he landed at WDIV, and six years later, WXYZ.

Looking back, he says technology will continue to evolve for broadcast news, but investigative reporting's future isn't so clear.

It's "down but it's not dead," he said. "There are still good journalists here in Detroit in the newspapers and on TV who are still doing good work on a regular basis."

At WXYZ, "we have two full-time investigative reporters, Ross Jones, Heather Catallo. ... (Fox 2) still has Rob Wolchek, who does his consumer rip-off kinds of stories that he's been doing for a couple of decades. (WDIV) still has Karen Drew. Hank Winchester does the consumer-related stuff."

It's difficult for Kiertzner to pick his favorite hard-news story "because you know, we have so much of it, just never ending in Detroit, in Michigan. But you start with the Flint water crisis, an entire community poisoned, a community where I worked for 23 years, and I still have family up there."

He added to the pile "all the public corruption cases here in Metro Detroit," including ex-mayor Kwame Kilpatrick and ex-Macomb County prosecutor Eric Smith: "The crime stories are off the charts around here."

"When I talk to a group of students, I always describe my job as, we're in the news business, we're on the sidelines of life," Kiertzner said. "One day I could be asking questions of the president of the United States. The very next day, I could be asking questions of someone who is dirt poor in the city of Detroit or Inkster or in any other suburb."