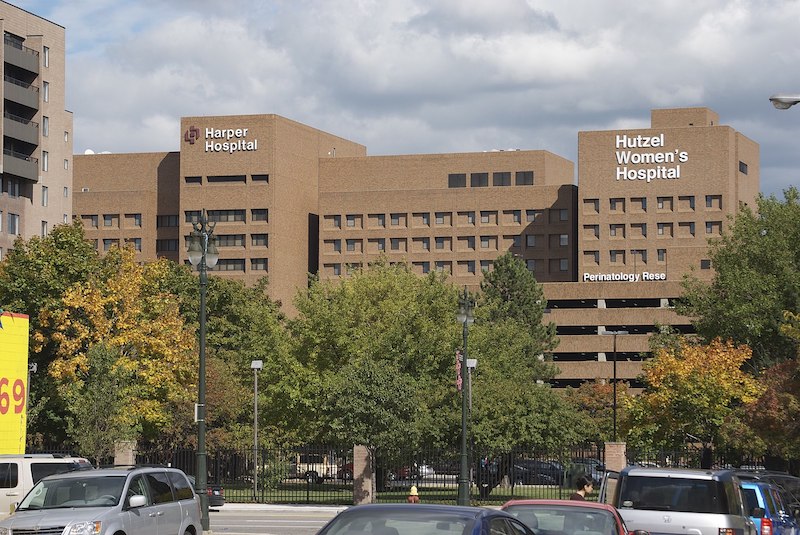 Dirty conditions at Midtown Detroit's Harper-Hutzel Hospital are appalling, according to a lawsuit filed Thursday in U.S. District Court.

Two employees of the housekeeping and environmental services company contracted to clean Detroit's Harper-Hutzel Hospital sued Thursday in U.S. District Court in Detroit, alleging they were fired after they spoke out about a lack of cleaning supplies and staffing that led to dirty operating rooms and other unsanitary conditions.

The workers — Denise Bonds, 52, of Detroit, and Shenesia Rhodes, 48, of St. Clair Shores — sued Tenet Healthcare, the for-profit parent company of the Detroit Medical Center, which operates Harper-Hutzel, along with the Compass Group, which owns Crothall Healthcare, and was contracted to provide cleaning services.

Showing pictures of dried blood and bodily fluid they say was crusted on hospital beds and puddles of blood on the floor of a utility room, Rhodes and Bonds said the companies refused to provide adequate cleaning supplies to workers or staff the hospital properly to ensure rooms were thoroughly cleaned — a violation of health and safety rules.

The lawsuit notes that "If anyone is in the downtown vicinity, or near this hospital and has a heart attack, or is about to deliver a baby, an ambulance is likely to rush them to Harper-Hutzel Hospital, which includes Harper University Hospital, Hutzel Women's Hospital, the CardioVascular Institute and DMC Surgery Hospital."

The 89-page filing says that the under the company Sodexo, the plaintiffs were given proper cleaning supplies to keep the hospital up to standards. But when the new cleaning company operated by the Compass Group, things changed for the worse.

For several years, the Detroit community has had to endure lies from Tenet DMC about how safety is their number one concern. The reality is that they are habitual violators of the law and have breached
their responsibility to run sanitary hospitals in Michigan.