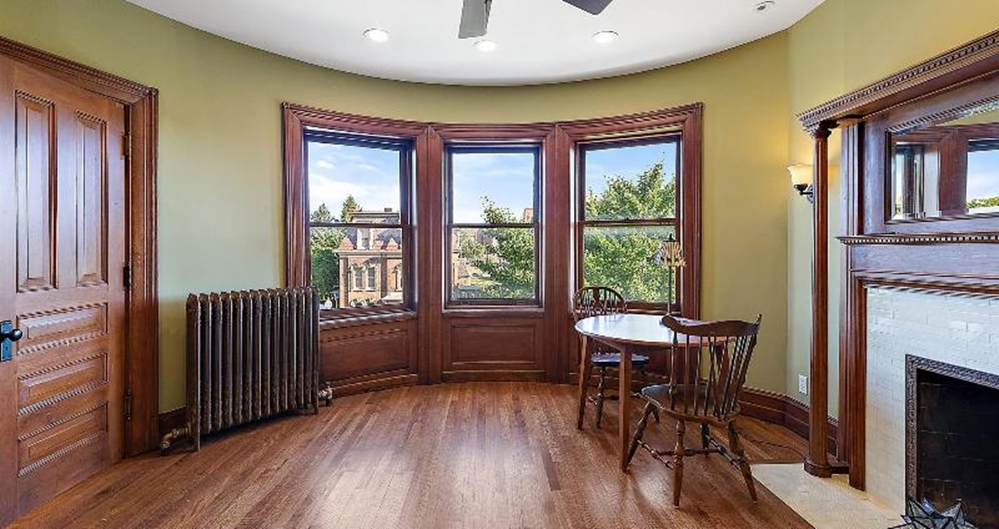 A cozy room inside the three-story turret. Eight more photos are below. (Photos: Max Broock Realtors)

When this three-story home was finished 143 years ago, Detroit had 116,000 residents and Rutherford B. Hayes was president.

By 2013, its rundown status appealed to filmmaker Jim Jarmusch, who shot parts of "Only Lovers Left Alive" inside and outside 82 Alfred St. in a sketchy area north of downtown. "The house perfectly symbolized the decaying beauty of a once-magnificent city," says a 2014 post at a site for film location scouts. 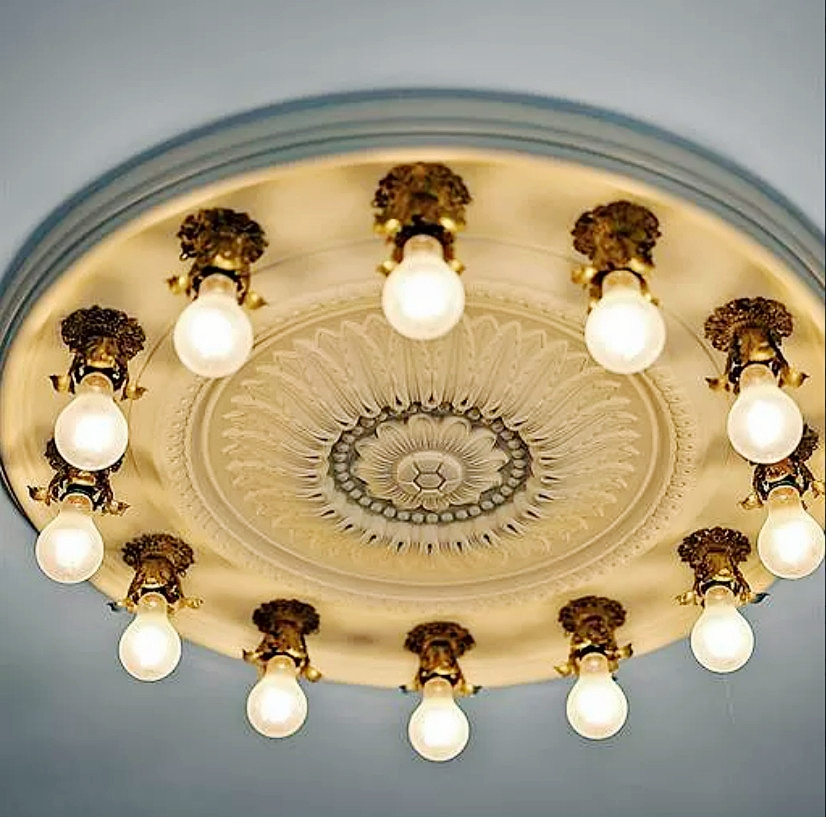 Behind the 19th-century exterior are modern lighting, floors, windows, kitchens, nine bedrooms and six full bathrooms. At the same time, the post-Civil War survivor from 1879 -- described as "one of approximately 10 original homes that remain in Brush Park" -- has stone-framed fireplaces and carved woodwork from its early era. 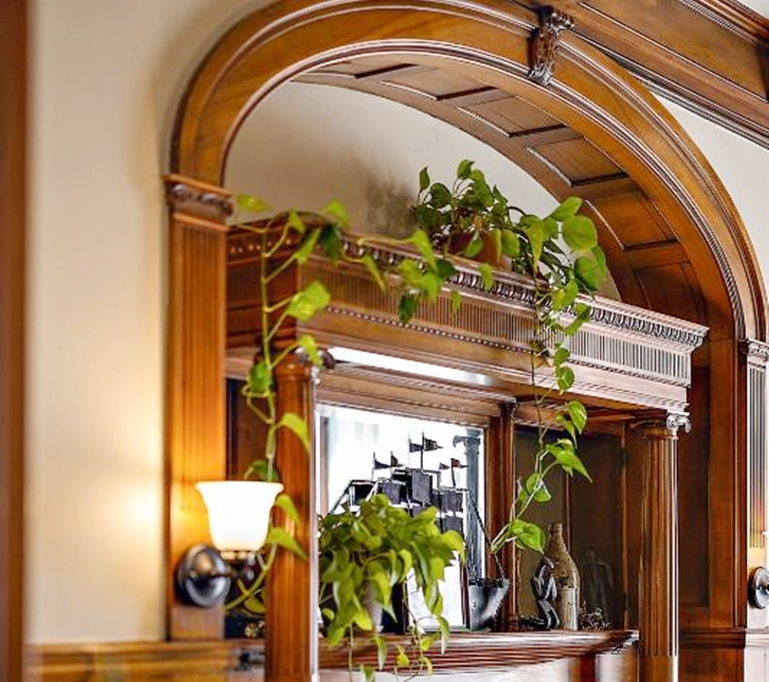 Over the years, there have been many other owners. As Detroit changed, so did 82 Alfred Street.

To accommodate the influx in the automobile industry workers that were pouring into Detroit in the 1920s, the home's then-owner, Jeanette Davies, turned it into a boarding house; it remained as such until the 1940’s.

At some point over the many years, this architectural gem became dilapidated. The carriage house had completely caved in.

The 2,532-square-foot house is on a half-acre between Woodward and John R. Old-school craftsmanship and distinctive details from Brush Park's grand era are visible below this before-and-after comparison: 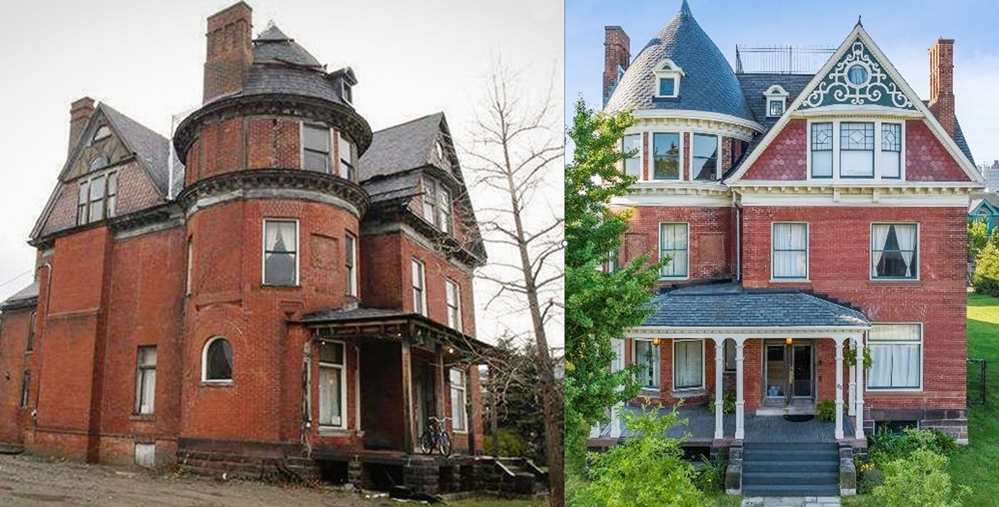 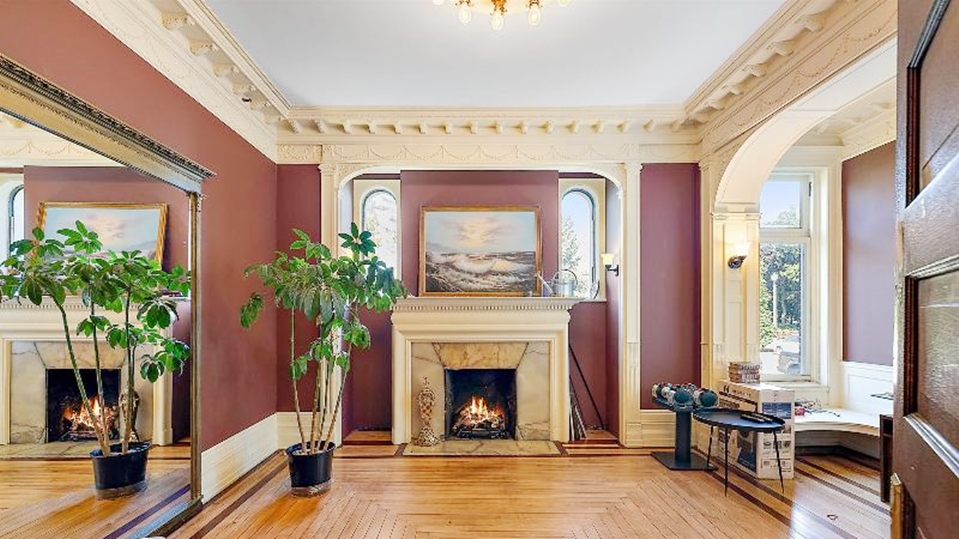 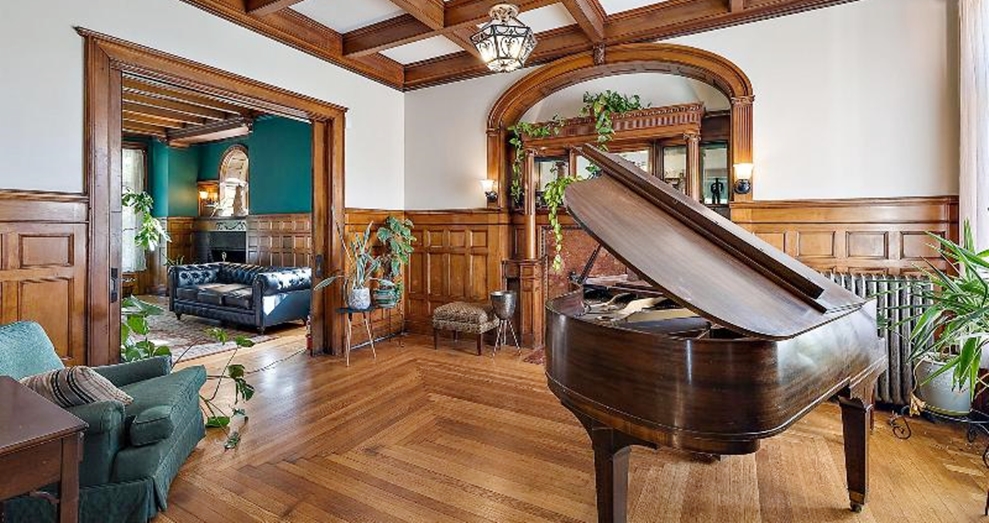 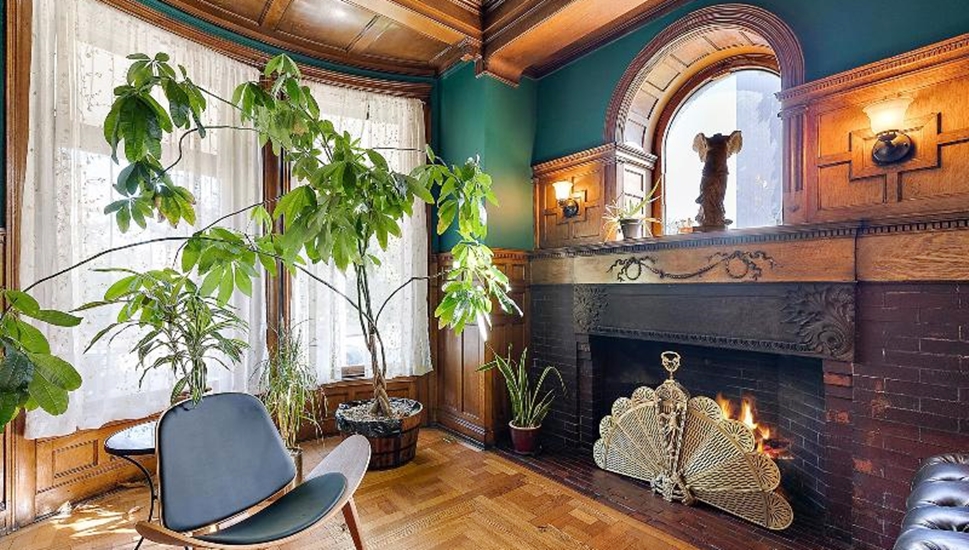 (Hat tip to reader Vickie Elmer for a heads-up about the listing.)