Former Detroit Police Chief James Craig, now running a doomed write-in campaign to be the Republican nominee for governor, says he's "troubled" that the city is offering a $1 million settlement to protesters who sued the city after summer 2020 demonstrations. 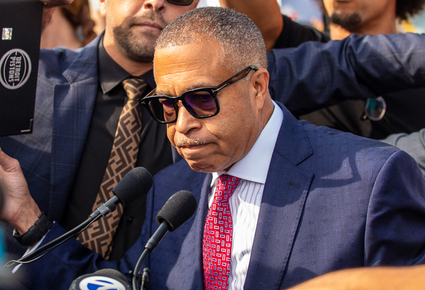 The city made the offer after it was sued for what the plaintiffs called police brutality around the demonstrations, which were a nightly event following the death of George Floyd at the hands of police in Minneapolis.

In a meandering and misleading statement Wednesday, Craig falsely claimed that his cops only used force “necessary to overcome violence perpetrated against officers.”

In fact, most of the force was used against peaceful protesters for violating a curfew or rallying in the streets. Police used batons, tear gas, rubber bullets, and batons to break up protests, leading to several lawsuits. Legal observers and journalists were also thrown to the ground and arrested for being in the vicinity of the rallies.

...In his statement, Craig falsely claimed that “Detroit was the only major city in the country that did not burn.” In fact, fires didn’t break out in most major cities, where a vasty majority of the protests were peaceful.

The city of Detroit offered $1,035,000 to Detroit Will Breathe to settle its federal lawsuit that alleged police used excessive force against peaceful protesters, violating their First and Fourth Amendment rights.