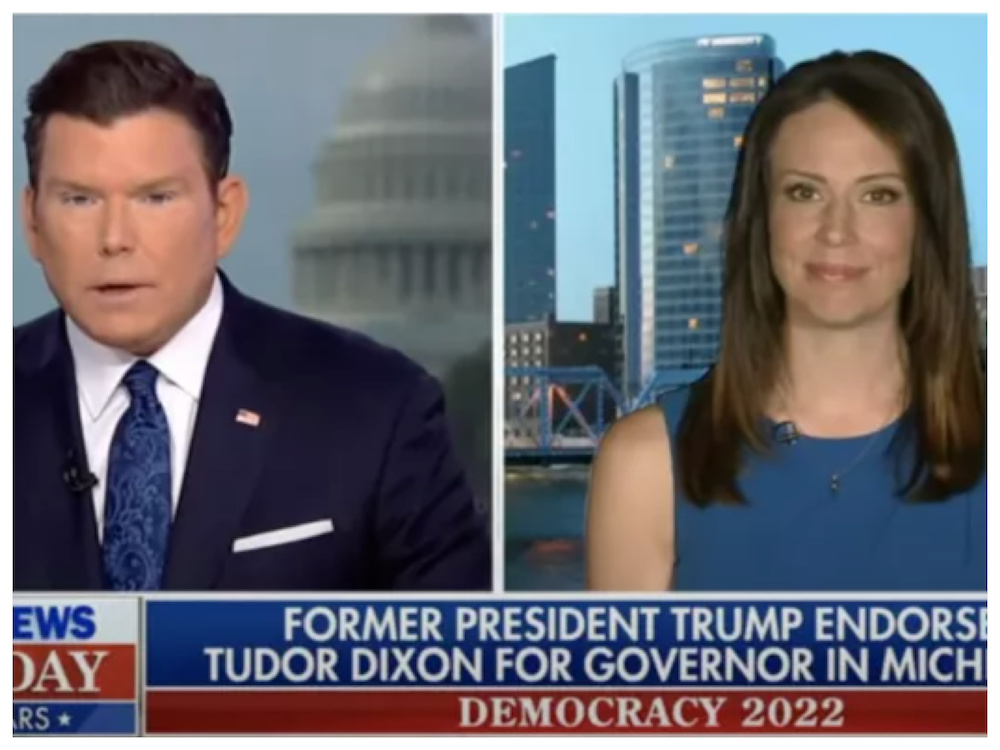 Tudor Dixon on Fox on Sunday

But less than 48 hours later, during her appearance Sunday on Fox News, she suddenly became coy about the issue, dodging questions about whether she thought the presidential election was stolen and that Trump won.

In a shift from the position she took during a candidate debate in May, Republican gubernatorial candidate Tudor Dixon would not say during a national TV appearance Sunday whether she thought the 2020 presidential election was stolen.

In what could be a sign of an early pivot to a general election campaign, Dixon, appearing on Fox News Sunday, instead shifted the conversation to what she described as legitimate concerns about the way the election was conducted and her support for strict voter ID requirements and other proposed changes to state election law.

While dodging the question about who won the 2020 election in Michigan, she told host Bret Baier: