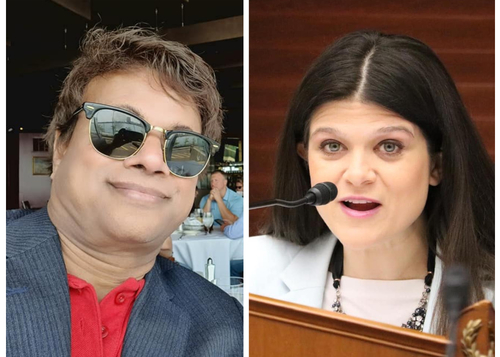 It takes money to win, unless you’re a Republican who spurned Trump.

That’s the general take away from Michigan’s Tuesday primary election, where redistricting led to nationally-watched Congressional contests that drew historic sums. In many party races for U.S. representative, those who advanced to the general election had to spend big to do it, in more evidence of money’s influence in politics.

Unusual this time though was the sheer amount raised: In the 11th, winner Rep. Haley Stevens beat Rep. Andy Levin by a 20-point margin after not only raising $4.7 million herself, but getting a boost from an astonishing $7.5 million in outside spending, according to Open Secrets.

In the 13th, an open contest prompted state Rep. Shri Thanedar to dig into his own pockets again and drop $6 million to defeat Adam Hollier. Hollier managed to more than keep pace with $6.6 million from outside sources, on top of about $1 million he raised himself.

Consider that candidates in competitive Congressional primaries usually only raise $1-2 million and benefit from about $500,000 to $1 million in other PAC funding.

The hotly contested race featuring Rep. Peter Meijer, on the west side of the state, bucked the trend, however. There, Meijer — and those working on his behalf — outspent former Trump official John Gibbs about 10 to one, and still lost by a slim margin. Spending on the Meijer side totaled at least $5.9 million as the freshman congressman looked to recover from his vote to impeach the former president. Trump backed Gibbs in the race.

Political experts meanwhile say Hollier would likely have won if the Black vote in his district had not been fractured between eight candidates. Thanedar is Indian-American. The outside money also left Hollier with a credibility issue, they said, with some coming from typically Republican donors and the Israeli lobby.

The off-the-charts fundraising owed to rare circumstances. It’s not often that sitting Congressmembers go head-to-head and or that a seat is vacant.

And the metro Detroit races contained additional abnormalties. In the 13th, Thanedar, an ex-businessman who at last check had $30 million in assets, set the tone for big spending. In the 11th, the Israeli lobby saw an opportunity to knock off Levin, who it viewed as less in line with its agenda than Stevens, even though Levin is Jewish and she is not. Pro-Israeli groups were the biggest donors to Stevens’ campaign. She and outside supporters pumped three times as much money into the race as Levin and those on his side.

►Support Deadline Detroit's journalism by becoming a member to giving a one-time donation.