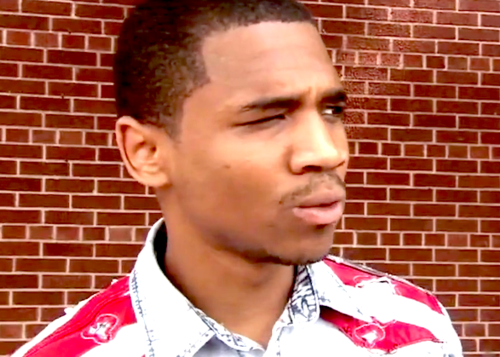 If Detroit City Council has yet to give Davontae Sanford one of its "Wrongfully Convicted Hero" awards, it should probably get on it.

The 29-year-old man freed in 2016 for a bad quadruple murder conviction on Thursday returned some of his recent $7.5 million city settlement to select Detroiters in the form of free gas.

Fox 2 reports Sanford's $25,000 giveaway at the BP at Outer Drive near I-94 had a party vibe — with food, music and Walmart gift cards. Here's what he had to say of his charitable act:

"When I was in prison and I didn't have nobody, next thing I know I have people all around the world fighting for me. I came home, I came home with nothing. The city had my back, so it's only right I give back to the city and I give back to the most vulnerable, which is the women and elderly," he said.

"Knowing great work I'm trying to do is appreciated. I know these people need this and knowing I'm able to be in a position to help these people means the world," Sanford said.

Sanford spent eight years in prison even though someone else confessed to the killings within weeks of his sentencing. He was 14 when he was charged, and confessed without a parent or guardian present.