Starkman: Why I’m Skeptical of Ford’s Farley and GM’s Barra 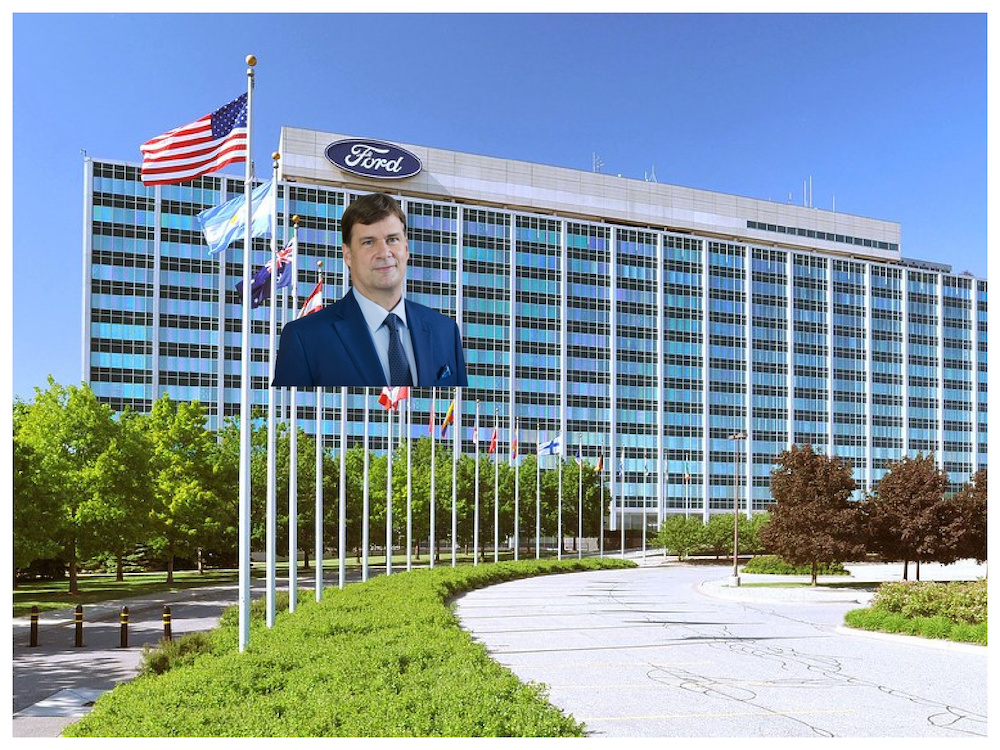 Most mega mergers fail, but I was fortunate to have once worked with a CEO who executed one of the greatest corporate combinations of all time, creating a company that still ranks in the top tier of the Fortune 500. What set him apart from executives like Ford CEO Jim Farley and GM CEO Mary Barra was his singular focus on execution; he wanted to be judged and remembered for the results he achieved, not boastful claims to the media about what he planned to accomplish.

Understandably, the CEO had no interest in doing media interviews, but he garnered great press nonetheless. He consistently appeared in stories ranking CEOs who delivered shareholders the biggest bang for their compensation bucks.

I’m bad with numbers, but even I can easily figure out that Farley and Barra, who respectively received $23 million and $29 million in compensation in 2021, aren’t worth a fraction of the money they’re paid. If electric vehicles are the future, Ford and GM are far behind the eight ball, badly trailing a brash upstart who built a lucrative EV business because he saw the automotive forest for the trees.

Wall Street seems to agree with me. Despite all their unfounded smack, particularly Barra’s audacious claim that she will be selling more electric vehicles than Elon Musk’s Tesla by mid-decade, here is the investor scorecard on Tesla, Ford, and GM: As of this writing, Tesla’s market capitalization, which represents the total value of the company, is $905 billion. Ford has a market cap of about $62 billion, and GM’s market cap is $56 billion.

It seems evident that automotive investors don’t pay attention to shameful puff pieces like this one the Detroit Free Press published on Monday featuring yet again Farley’s boastful EV claims or this one featuring Barra’s. For all their lofty talk, Farley and Barra are still EV dilettantes who might not even appreciate themselves just how far behind they are in the race.

Tesla was founded in 2003 to be an electric vehicle manufacturer, and that’s been the company’s singular focus for nearly two decades. As recently as October 2019, GM under Barra was backing the Trump administration’s efforts to prevent California from requiring more stringent emission standards. By then, Musk had already racked up seven years of EV car sales.

I’m not a car expert; I don’t know torque from shmorque. But I have common sense, and logic overwhelmingly suggests there’s ample reasons to be wary of Farley and Barra.

There’s general agreement that electric vehicles are more complex to manufacture than internal combustion engine vehicles. An EV is essentially an iPad with four wheels, and successfully melding software with automotive hardware is a formidable challenge.

Musk, to his credit, swung for the fences, and developed proprietary software that’s still a work in progress. Teslas have been subject to more than a dozen recalls, some for serious safety issues. But Tesla has nearly a 20-year head start to figure things out. While Musk gets all the media attention, it seems abundantly clear that he’s attracted a highly focused and motivated team of unsung engineers and other experts capable of innovating round the clock.

I imagine Ford and GM might have some talented engineers getting up to speed on electric vehicle development, but as former Detroit Lions quarterback Matt Stafford can attest, an A-team player can’t reach their full potential playing for B-team leaders. Stafford played 12 seasons for the Lions but couldn’t win a Super Bowl until he was traded to a team with far better management and leadership. The Lions reference is apt because the team is owned by Sheila Ford Hamp, a descendant of the Ford family fortune.

One of the most respected automotive executives in the world is Dr. Herbert Diess, who until a few weeks ago was chairman of Volkswagen. Check out Diess’ bio; his technical training, which includes a doctorate in assembly automation, runs circles around Farley’s and Barra’s. Farley is a suit with an MBA; Barra has an MBA as well as an undergraduate degree in electrical engineering. 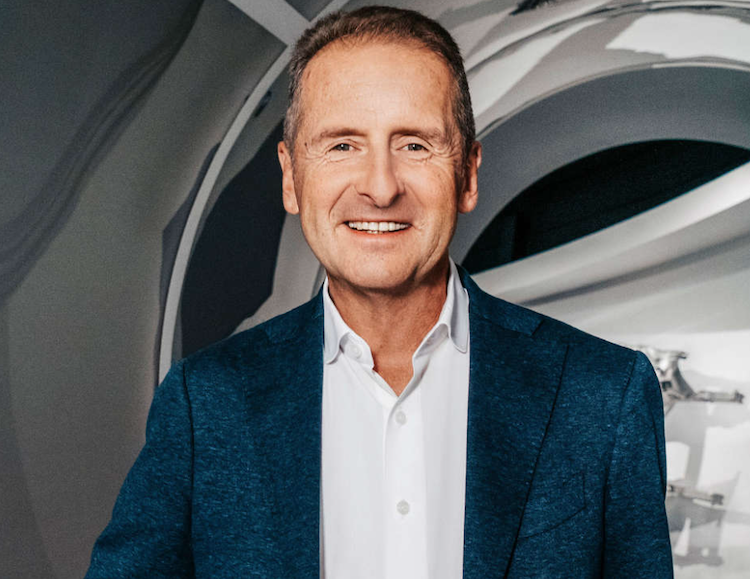 Diess was an early industry proponent of electrical vehicles. There were some media reports saying that prior to joining Volkswagen in 2015 from BMW, Diess turned down a job offer to join Tesla.

If Diess stumbled on EV adoption, it takes a giant leap of faith to think Farley and Barra can do better.

For all the hype for Ford’s proudly “Made-in-Mexico” Mustang Mach-E SUV, the vehicle has been recalled about six times, including for a serious safety defect that put a temporary halt to dealer deliveries. A federal lawsuit filed by three Mach-E owners alleged that Ford knew of a design flaw in the vehicle but continued to sell it.

In Ford’s case, that’s not a far-fetched allegation. It’s been reported that Ford knowingly sold its Focus and Fiesta models with faulty transmissions. Indications are that dishonesty runs deep at Ford. The company in May agreed to pay $19.2 million to settle allegations it knowingly lied for years in advertising claims about the fuel economy and the weight carrying capacity of some of its vehicles. 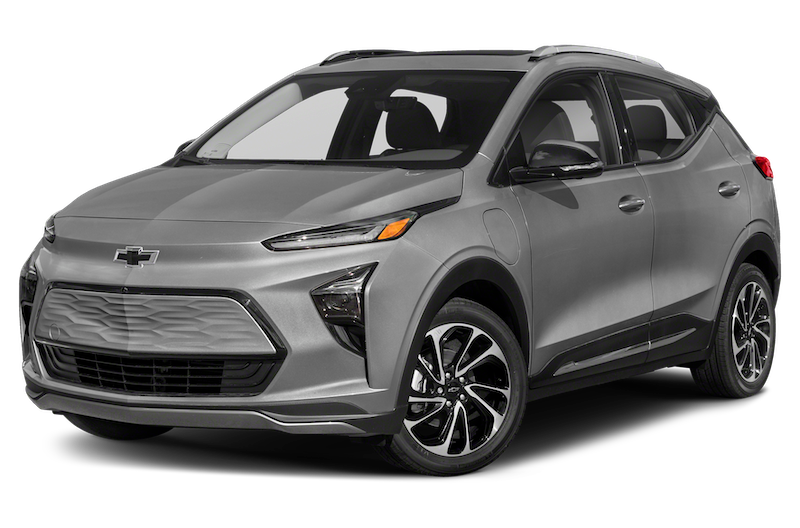 GM’s Chevy Bolt vehicles hardly inspire confidence in Barra’s EV capabilities. GM in 2021 had to recall all its Chevy Bolt vehicles because their batteries were prone to exploding and causing fires. The recall cost GM about $1 billion, yet the board still awarded Barra $29 million in compensation.

That’s understandable. GM’s lead independent director is Patricia Russo, who is naturally sympathetic to poor performance. Russo is the former CEO of Lucent Technologies, which merged with a French company known as Alcatel in 2006. The combination, which Russo orchestrated, is routinely cited as one of the most ill-conceived mergers of all time.

The Bolt and Bolt EUV are back on the market, but in June Barra had to slash the price on the vehicles by about $6,000 – and they still aren’t selling. Citing Cox Automotive estimates, the Freep recently reported that Chevy has a four-month supply of Bolt EUVs and nearly two months of the smaller Bolts on hand. Prices for the 2023 Bolt and Bolt EUV respectively start at $25,600 and $27,200.

Cutting the price by nearly 20 percent given current market conditions and still not being able to create strong demand for an EV is alarming since Barra says selling affordable EVs will be the ticket to her success. Perhaps it’s not just me who immediately associates the Bolt with Senator Debbie Stabenow, Michigan’s Congressional EV embarrassment.

GM has already issued a recall on its electric Hummer because of a potential battery connection issue. A Bloomberg reviewer was underwhelmed with the company’s 2023 Cadillac Lyriq.

If the proposed Inflation Reduction Act (IRA) passes, Barra practically will be able to give her Bolts away courtesy of U.S. taxpayers. The EV provisions of the act were written to game EV sales in favor of Ford and GM, providing $7,500 tax subsidies for many buyers of their electric vehicles.

As the proposed legislation is currently written, most Rivian trucks likely won’t qualify, nor will Hyundai’s Ioniq 5 and the Kia EV6. The latter two vehicles are getting rave reviews in the automotive press; I know of an early pioneer Tesla buyer who opted for the EV6. I was smitten after closely examining the Rivian truck.

The IRA legislation includes billions in set asides to help Ford and GM retool their factories for EV manufacturing, yet they’re still not satisfied. As reported by Reuters, the proposed bill imposes restrictions to deter automakers from using Chinese-made materials by phasing in required percentages of North American-sourced battery components. After 2023, vehicles that have Chinese components would be ineligible for the credit; there are also sourcing limitations on critical minerals.

The industry alliance representing Ford, GM, and other automakers say requiring a lower dependence on foreign materials is too onerous for them. Another example of why I regard Ford and GM as two of America’s most unpatriotic companies. Despite the billions they mooch of U.S. and Michigan taxpayers, Ford and GM want to do as little as possible to help the economy or American workers. 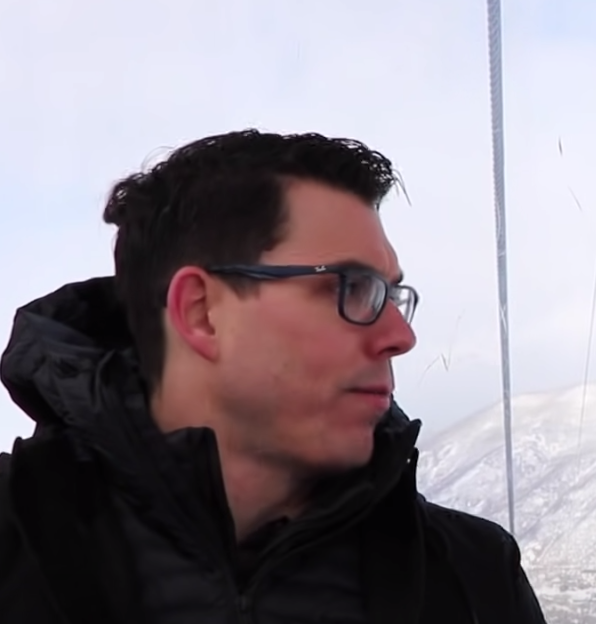 That’s why I’m rooting for Rivian, a former Plymouth Township-based company that relocated to California reportedly because CEO and founder JP Scaringe viewed Michigan as having “an old technology image.”

Unlike Farley and Barra, Scaringe doesn’t talk smack, and he doesn’t appear to give many media interviews. Rivian is a pure play, all-American EV company run by an executive with a PhD in mechanical engineering from MIT.

Scaringe strikes me as a mensch, someone I’d much prefer to support than Farley and Barra.

In May 2020, at the height of the pandemic, Rivian turned down a $1 million grant it was owed by the Town of Normal in Illinois where the company has a manufacturing plant. Normal was among Rivian’s initial investors, pledging $1 million and tax breaks if certain hiring and investment thresholds were met. Amazon and Ford were also investors.

“The impact of Covid-19 has reminded us all of the importance of community,” Scaringe wrote to Normal town officials explaining why Rivian wasn’t taking the grant. “The main asset of any community is the people, and as resources stretch thinner for every community across the world we want to do whatever is possible for a pre-production company in our position to help alleviate pressure on our home.”

Famed investor George Soros according to the latest public reports holds Rivian stock, and Amazon has retained its entire investment in the company. Ford is still a Rivian shareholder but dumped some of its stock when the going got a little tough for the upstart company.

Based on my experiences, Scaringe’s seeming humility is a very positive sign. I hope Scaringe prevails because what’s good for Rivian, is good for America. The same was once said about GM, but under Barra’s leadership that’s no longer true, and likely never was.

It’s disheartening that the U.S. Congress has chosen to favor two legacy ICE automakers late to the EV game rather than a U.S. company with more than a decade of EV research and development under its belt. Rivian was founded in June 2009.

Reach the writer at eric@starkmanapproved.com. Confidentiality is assured.

► Support our reporting by becoming a Deadline Detroit member.