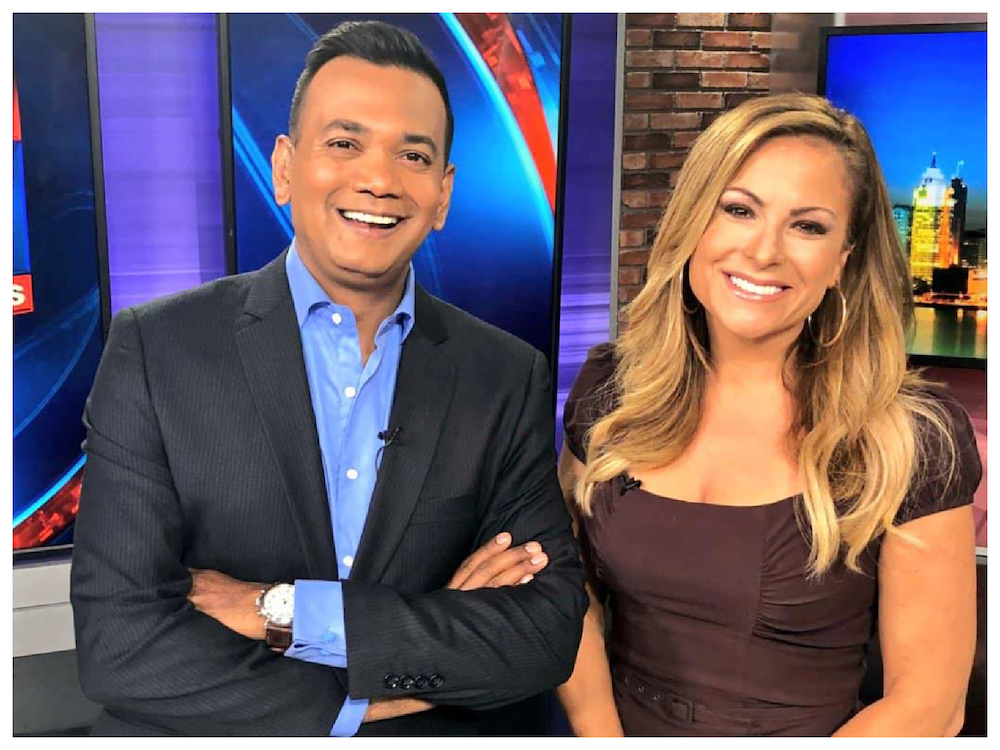 Asher, who has been with the station for 15 years, confirmed Thursday that her and Raj signed contracts last month for the top spots. They had been filling in after the departure of Perkins and Gayle.

Asher, who grew up in Fenton, said they'll host shows at 5, 6,10 and 11, but said the station may bring in another team to help with the anchor duties.

"I'm absolutely thrilled, it's a dream come true," she said. "I've worked for it for 25 years in my career journey. I'm honored to fill those seats. And Roop is a fantastic partner. He's a top-notch journalist in every way."

"A 16-year-old kid named Roop Raj used to call me incessantly to be on his cable show. He may have been only 14." Perkins said he went on Raj's show in Troy.

"This young man at 14 was amazing, and at 14 he knew exactly what he wanted to do, and I have watched him over the decades grow in terms of his skills and and his reporting and his interviewing, and he is phenomenal," Perkins said. "I think he's gonna be great."

"I have had the honor and privilege of representing Taryn for about a decade, or may be more. Watching her develop into a command anchor and outstanding reporter has been such a great thrill for me.

"As for Roop, while I do not represent him, he was sort of a newsroom version of a gym rat. From the time he was in his mid teens he hung around the news room and was a sponge, while I was news director. He’s soaked it up and it was very clear he was headed for a good career in TV news."